Notify me when this product is in stock
Add to Wish List
Twenty-something years ago, Jerry Cantrell bought his first G&L Rampage while working at a Dallas music store, and he still rocks ‘em hard today. But what Jerry didn’t discover at the time was the G&L Superhawk, a hard-charging model like the Rampage but equipped with twin ‘buckers. That’s changed and so will rock history.
Skip to the end of the images gallery
Skip to the beginning of the images gallery 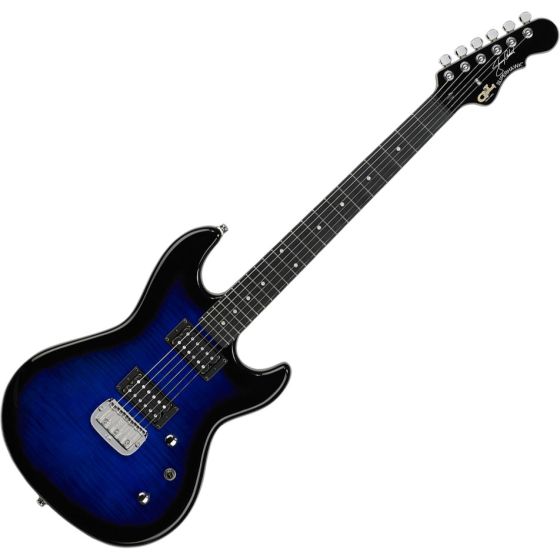 It’s been well over two decades since a G&L Superhawk was last produced. Now G&L is proud to announce the launch of the Superhawk Jerry Cantrell Signature Model, available in two USA-made versions as well as a surprisingly affordable G&L Tribute Series version.


The Tribute Series Superhawk starts out with the same soft maple body and fast-playing hard rock maple neck with ebony fingerboard as the Rampage. It even shares the same Paul Gagon designed bridge pickup, but adds a second Paul Gagon pickup in the neck position as well as a 3-position pickup selector and tone control with push/pull coil split. The Rampage’s Kahler bridge is swapped for a G&L Saddle Lock bridge for improved comfort, stronger sustain and rock-solid tuning stability. This axe is all about capturing the Jerry Cantrell feel while offering more tonal versatility. Superhawk Deluxe brings on a dark yet upscale vibe with the addition of a deep Blueburst finish over flame maple veneer on the mahogany body.

So just how good is this Tribute Series version? Well, Jerry played Tribute Series Rampages on the last AIC tour alongside his US-made ones, and there's a good chance you'll see Jerry on stage with a Tribute Series Superhawk.