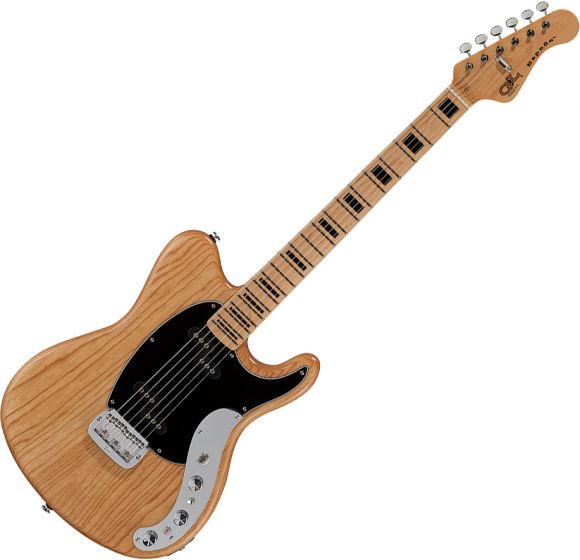 Espada™ started development in the late 1960s at Leo Fender’s new CLF Research company, exploring his ideas for a bold, next-generation two-pickup guitar for his namesake company.  In late 1969, styling for the new model was nearly complete before the project was suddenly abandoned.  However, Espada’s blueprints and R&D artifacts remained deep within CLF Research archives.  The styling was beautiful, featuring an all-new body shape, pickguard design, and visually dominated by a new sword-like control plate.

Fast-forward nearly half a century and brothers Dave and John McLaren set about visualizing how Leo may have evolved his original concept. With Leo’s original blueprints and R&D artifacts in hand, the CLF Research Espada was completed in the spirit of his original pioneering vision, leveraging his later technological developments for performance and versatility.

For example, today’s Espada applies Leo’s Magnetic Field Design to his long-pole split-coil prototype pickups of 1967-1968, now made even more versatile with a series/parallel switch for thicker, rounder sounds or thinner, sparkly sounds. Leo’s Saddle Lock bridge technology, completed ten years after the project was abandoned, also solved a major technological design goal for the original Espada project: an efficient means of transferring more string energy directly into the grain of the body.

While the original ’60s Espada concept included a full-time onboard buffer preamp powered by six AA batteries, today’s Espada features a modern G&L Micro Preamp powered by a single 9v battery, controlled by a mini-toggle switch with positions for off (passive output), on (buffered lo-Z output), and on with high frequency boost, equally useful for cutting through thick fuzz as it is showcasing the shimmering harmonics the pickups are capable of producing. Today’s Espada would not be complete without Leo’s G&L Passive Treble and Bass (PTB) controls, always on and ready to work in conjunction with the other controls…and your own imagination.