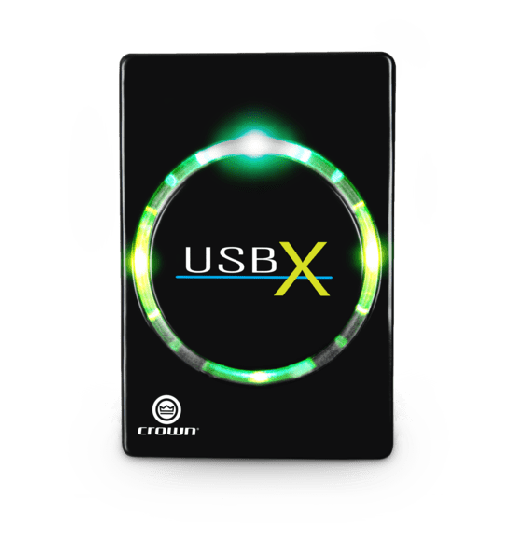 A built-in Wi-Fi access point allows USBX to become a powerful and convenient tool for managing Crown XTi,CDi,DSi devices via the Powered by Crown iOS application. The primary intended use of USBX is as an interface to Crown USB-enabled amplifiers which connect either directly,or via a downstream USB hub,to a USB port on USBX. Then the amplifiers can be accessed via the RJ45 gigabit Ethernet port on USBX,or wirelessly via the wireless access point which is built into USBX.