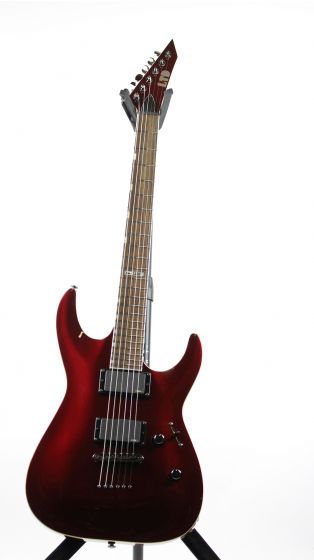 It is a sample/preproduction guitar. ESP makes the samples to test out various colors, finishes and to show to dealers prior to the actual model being built. They take them to shows like NAMM and start taking preorders for the new years model. Some Samples are never make it into production models.

*As this is a Sample some specs may not be the same as the production model but 99% of the time they are the same.

The 330 Series was released in summer of 2011, It didn't include this model and they also didn't have EMG's, they used ESP ALH-200 Pickups. It is the only one of its kind that I know of.